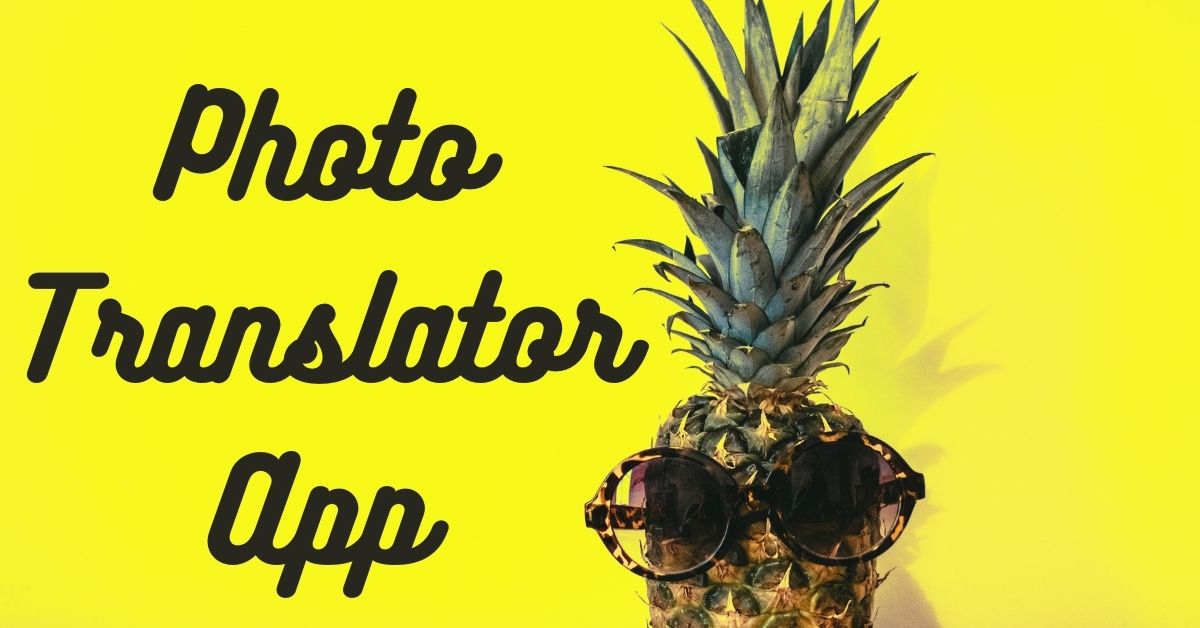 It is not a secret that being a tourist in a foreign country where we do not know the language they speak can be very hard. At some point, even it can be impossible. The simplest tasks can become a terrible nightmare. Even asking where the bathroom is, can end very badly if we pronounce a couple of words wrongly.

For this reason, it is essential to count with some tool or plan to avoid this kind of problems and conflicts. Before the digital era, it was very complicated because we did not count on a cellphone with an app to translate everything we do not understand.

And despite the innovations in translations were very advanced, it kept being a problem to try to translate some texts during the day to day activities since we could not write them in the translators. Based on this common problem, the developers work hard to create a translator for photos or pictures.

Many of those developers have not been successful. However, among all of those failures, some app has success over the others, Photo Translator. For this reason, we think it is necessary to make a Photo Translator Review so that you get to know all the benefits and the functioning of this app to use it every time you need it. and you can download this app now for free:

How does Photo Translator work?

The best way to start the Photo Translator review is by explaining how it is possible for you to translate photos and pictures with this app. After you download the app, you should open it and turn on the camera.

Then, take a photo of the text you want to translate. Once this is done, Photo Translator is going to you the translation just in front of the picture. In this way, you are going to understand any text you want without any problem.

What are the main features of Photo Translator?

Although this question can sound a little bit obvious, it is essential to clear it because not all the applications that work under this system have the same functions. In general lines, the Photo translator has auto language detection, so you do not have to try to figure out what language it is.

Besides, you do not have a limit of photos to translate, and also it counts with OCR technology. Finally, the most important of all is its huge directory of languages. With this app, you can translate photos of more than one hundred different languages. Within the languages it includes, we can find: Afrikaans, Albanian, English, Danish, Chinese, Portuguese, Hindi, Spanish, Ukrainian, Maltese, and so much more.

In this way, as you can notice, Photo translator is currently the best app to translate photos. It does not matter where you are and the language of that country. If you have this app in your Apple or Android device, you won’t have any more problems. The misunderstanding is going to be a thing of the past since the moment you start to use Photo translator. and you can download this app now for free:

This website uses cookies to improve your experience while you navigate through the website. Out of these, the cookies that are categorized as necessary are stored on your browser as they are essential for the working of basic functionalities of the website. We also use third-party cookies that help us analyze and understand how you use this website. These cookies will be stored in your browser only with your consent. You also have the option to opt-out of these cookies. But opting out of some of these cookies may affect your browsing experience.
Necessary Always Enabled
Necessary cookies are absolutely essential for the website to function properly. These cookies ensure basic functionalities and security features of the website, anonymously.
Functional
Functional cookies help to perform certain functionalities like sharing the content of the website on social media platforms, collect feedbacks, and other third-party features.
Performance
Performance cookies are used to understand and analyze the key performance indexes of the website which helps in delivering a better user experience for the visitors.
Analytics
Analytical cookies are used to understand how visitors interact with the website. These cookies help provide information on metrics the number of visitors, bounce rate, traffic source, etc.
Advertisement
Advertisement cookies are used to provide visitors with relevant ads and marketing campaigns. These cookies track visitors across websites and collect information to provide customized ads.
Others
Other uncategorized cookies are those that are being analyzed and have not been classified into a category as yet.
SAVE & ACCEPT